Good evening! Lifestyle Support Guru here! Once again I have fallen behind in keeping you distracted and amused in these strange times – I can only say that I have been busy distracting and amusing myself in order to pass on my knowledge to you. How have I been distracting and amusing myself I hear you ask? Two things – shopping and watching films.

As you know, I am a seasoned shopper and I have also written a number of film reviews which I like to think have been well-received, so you will be getting advice from an expert.
Shopping tips first:
A winter coat is an essential:
1. ‘This £99 coat is the best on the High Street’ screams the headline, continuing, ‘And it’s from M&S’. That’s a good price, you think, even if the coat’s a little dull (official LSG description – grey with bobbly bits). You then look at the accessories suggested to go with this cost-saving coat – earrings, £115; jumper, £325; hat, £470 (or a cheapskate version at a mere £195) and, finally, the pièce de resistance… bag, £710! Over £1,600 extra to go with the savings you’ve made on the M&S coat – marvellous, darlings.
Now, you’ll need some underwear, of course:
2. Bra, £520; knickers, £465. A different one for each day of the week, naturally!
And finally, what about making your home smell nice as you lounge around in this expensive gear because you’re in Tier 3 and can’t go out for several weeks?
3. A ‘Washing Powder’ candle, inspired by ‘the scent of freshly made beds and clean socks’ – only £105. Why not just open your airing cupboard and take a deep breath? Far cheaper. There is, again, a cheapskate version: a diffuser with ‘outdoorsy notes of freshly cut grass and sun-dried laundry’, a mere snip at £62. Just go out and cut the lawn and put your washing out. 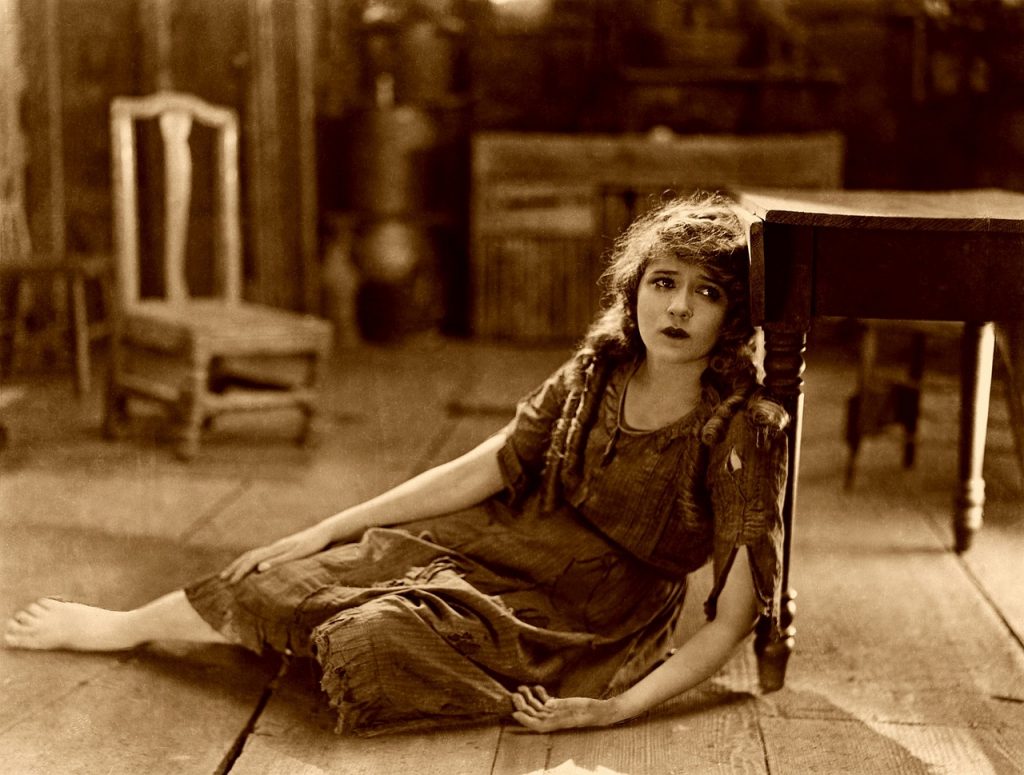 Now, onto the films. I have watched two very different films over the last couple of days, which you may well have seen yourselves, but it’s always worth getting someone else’s perspective on them, especially if that ‘someone else’ is the LSG.
First film: ‘1917’. A very good film, I must say, but I’m afraid the warning at the beginning about what to expect was not quite accurate: ‘Drugs, swearing, sexuality, violence’ it warned. To paraphrase Meat Loaf, ‘two out of four ain’t bad’. There were a lot of soldiers smoking, as you’d expect in those days, but I didn’t spot anyone mainlining heroin or snorting a line of coke as they waited to ‘go over the top’. And the sexuality? The nearest they came to it was when the hero was in the same underground room as a woman – unless it was the dog sitting on a soldier’s lap and I missed the significance of that?
Second: ‘Fifty Shades Darker’ – yes, I hang my head in shame! My finger slipped on the ‘record’ button the other night, so I felt obliged to watch it, having gone to all that trouble! It is not the way to spend a Tuesday afternoon, believe me! And I thought the book was bad (head hangs even lower in shame). I decided to watch it after having had my usual afternoon nap, but I didn’t enjoy it for two or three reasons:
i. I was terrified in case David came downstairs while I was watching it.
ii. I had to keep fast forwarding through the sex bits (1917 could have learned from these) in case David came downstairs.
iii. It was rubbish, which I would have said to David if he had come downstairs.
I wish I’d done the ironing instead now!

PS Anyone know when ‘Fifty Shades Freed’ will be on? 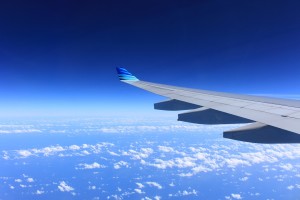 A very good afternoon to all my devoted followers from the Lifestyle Support Guru, flying at a height of 37,000 feet at over 500 mph. Only another three and a half hours to go, so I thought I would employ some of the time usefully by passing on a few pearls of wisdom about TRAVEL.

First of all, learn to tell the difference between pounds and kilos, since this will help enormously when packing. There are some people who have been known to use an electronic weighing device and not realise that it displays the weight in pounds or kilos, depending on which button is pressed. Consequently, you may find yourself driving up the motorway to a northern city, worrying needlessly about how much you will be charged for excess baggage. Imagine your relief when your travelling companion, who lives in this northern city, points out to you that you have been weighing in pounds instead of kilos! Imagine, also, the annoyance when you realise that you COULD have included those couple of extra tops that you had left behind in despair!

Upon arrival at the first airport, just outside the northern city, ensure that you join the right 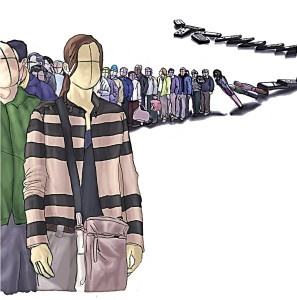 queue to drop off your luggage. Do NOT follow the example of a couple of people (who may or may not be siblings travelling to visit another sibling in a far-off country) who joined what they thought was the right queue until an airport employee came up to them and gently queried whether they were really flying to the North Sea offshore rigs! I think the four suitcases may have given it away.

You also need to consider what items of clothing you are going to wear for travelling – should an underwired bra be your apparel of choice (and I address this to the gentlemen as well as the ladies), be prepared to bleep and be frisked as you go through security. And do NOT forget about that little spray of screen cleaner in the front of your laptop bag, as one person did – you will find yourself confronted by a very stern-looking gentleman who will call you ‘Madam’ in a very serious voice as he rifles through your cabin luggage (which holds nothing more interesting than a pair of pyjamas, a hot air brush, a make-up bag, some rechargeable batteries – complete with charger – and several lots of tablets. But I bet the Duchess of Cambridge’s holds nothing of greater interest – maybe a spare pack of Pampers or baby powder?).

When you change planes for the second, longer leg of the journey, you will find yourself offered a bewildering array of films to help you while away the hours. Unfortunately, you have already seen most of them in recent weeks, so you are more or less left with a choice between ‘Fifty Shades of Grey’ or ‘Frozen’. I’m glad Elsa turned out alright in the end.

And there I shall end this first missive about TRAVEL – you have enough to ponder on and put into practice when you next TRAVEL. I shall keep you informed of any further advice that may occur to me as I continue my journey into the heart of Africa (well, it’s the east coast, technically speaking, but that doesn’t have the same ring to it).