For those of you old enough to remember, this post’s title refers to a film starring Ray Milland and Jane Wyman about a man who goes on a bender and I immediately spotted the similarity between it and a rugby weekend in Llandudno. ‘Why Llandudno?’ I hear you ask, as you cut to the heart of the matter. A simple answer suffices – one member of the group had been conceived in Llandudno. No further details are necessary.

The LSG’s almost limitless patience was severely tested right at the start, I can tell you, when one of the Midlands contingent thought it would be good fun to get the meeting time wrong, arriving almost 45 minutes late. I shall refer to this sorry individual as TP (or TeePee), which stands for Tall Paul because a) he’s tall and b) his name is Paul. The other Midlands passenger was TT (the Tiny Tyke), who has been mentioned in previous posts.

Four hours later, instead of the 2½ promised by Google Maps, we arrived at our destination – this lengthy journey was partly due to the three satnavs in the car being unable to agree on the route to our hotel. The three satnavs were Google maps, TT and TeePee. I had printed out the directions to the hotel and asked TT to read these out to me because Google maps had gone into a sulk as we passed Rhyl and had stopped speaking to me (having been to Rhyl once, I can understand this). TWENTY MILES from Llandudno, TT started 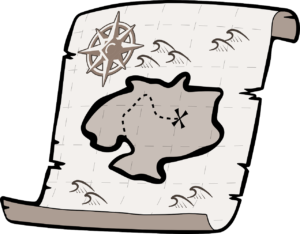 reading out the directions – EVERY SINGLE ONE, including street names, exits on roundabouts, left and right turns… Now, the LSG may have a superior brain and memory, but even she was going to have difficulty remembering all these instructions, so she politely asked TT to read them out once we got closer (I think the exact words may have been: ‘Shut up and don’t be silly. I’m not going to remember all those. Be like the satnav and read them one at a time when we’re actually in Llandudno.’ It had been a long day, Faithful Followers…). 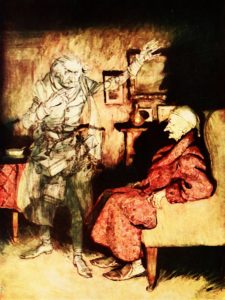 We met up with the rest of the merry band, who had travelled from all corners of the globe – well, London and Hull, to be precise – and, after a reviving drink or two, we decided to go for a meal. The meal was pleasant enough and the bill was acceptable, but TT showed his Yorkshire colours when he rounded the bill up so that it would divide easily between six of us as well as allow for a tip … of £1.27.

The following day was taken up with watching the rugby in a pub chosen by the member of the group who had also chosen Llandudno as our destination for this year’s rugby trip. The pub was rather lacking in atmosphere – and rugby fans. In fact, it seemed to be lacking in Welsh people as well. (One of TT’s comments on the weekend overall was that he had been disappointed because Llandudno ‘isn’t very Welsh’. I think he may have been expecting to see

hordes of women dressed in traditional Welsh costume, complete with tall black hats.) The nearest we came to another fan was someone standing behind our seats shouting that well known rugby chant: ‘Meat pie, sausage roll; come on, England, give us a goal… or a try.’ Youngest sibling even managed a few moments of shuteye in between games, but this is not unusual, since he falls asleep at the drop of a hat (Welsh or otherwise).

That evening’s meal was Indian… it was supposed to have been Chinese, according to TripAdvisor.

The journey home on Sunday was uneventful, mainly because the LSG knew where she was going and didn’t need to rely on TT, TeePee or sulky Google. The weekend was completed by an evening meal out with TT, TeePee and his new girlfriend (who hadn’t come to non-Welsh Llandudno). The LSG had opted for a casual look for the evening – i.e. jeans and trainers – because thinking of anything else to wear seemed too tiring after two days in Llandudno. 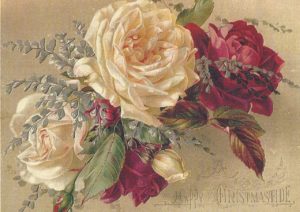 Meanwhile, ‘new girlfriend’ had obviously had time to think about what to wear – a whole weekend, in fact! – and was dressed in a rather glamorous fitted red lace number and heels. Of course, as the LSG, I managed to rise above lowly feelings such as jealousy, thinking only that I would have somewhat resembled an overblown rose with a bad attack of ‘downy mildew’ should I have attempted to wear anything similar, whereas ‘new girlfriend’ looked like a willowy tulip. Shan’t be making her my new best friend.

And there you have it, Beloved Believers – a lost weekend in Llandudno. Highly recommended, but only once…