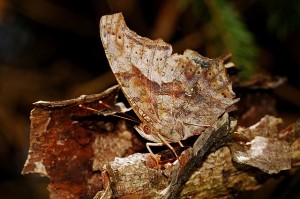 A very good Sunday evening to you all from the Lifestyle Support Guru! Having returned from a weekend in Hereford, I can now share with you what I have learned from venturing into the wilds of the Welsh Marches area. You may well ask, ‘Why Hereford?’ And I will answer, ‘Why not?’ There was a reason for choosing Hereford which, simply put, was because the other place my friends and I wanted to go to was full!
So, what have I learned from my sojourn away? Well, I have learned how to BECOME INVISIBLE!!! This can be a very useful trick and one that came about quite accidentally, but it’s an easy one to learn, especially if you are female. Here are the basic rules:
1. Make sure you are the only female in your group.
2. Find a nice little pub in which to settle down to watch a day of rugby (having researched the pub the previous evening on a test run – notice that I didn’t say ‘a DRY run’!). 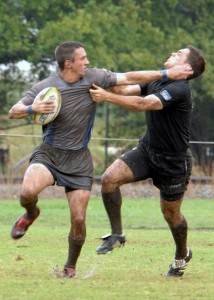 3. Sit down in a cosy corner facing the television. Now, here I need you to picture the scene, if you will… the four male members of the party are all seated on a corner bench seat around a couple of tables, while the female member is on a chair opposite them.
Now, having sorted the basics, this is how you BECOME INVISIBLE – a large group of young women in various forms of Welsh national dress will enter the pub and sit down behind the female member of your group, thus facing the male members of your crowd. From that point on, the female member will find that she has BECOME INVISIBLE and that she could be speaking in Swahili for all the notice that is taken of anything she may have to say, however important it may be (world debt, starving children, the price 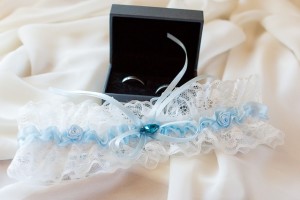 of a pint, that sort of thing…). She is not helped by the ‘leader’ (i.e., the bride-to-be in this hen party) occasionally raising her skirt to show off her garter (in the Welsh colours, of course!). A glazed look will have come over the faces of the males sitting opposite you and you could swear that tongues hung out at one point!
So how do you get rid of this INVISIBILITY, you ask? Well, all you need is for a group of Morris dancers to enter the drinking establishment. Yes, Morris dancers, dear followers. You will feel a bout of hysteria coming on as one of the Morris men, in all seriousness, asks one of the hen party, ‘Why are you dressed up like that?’ This comes from a man wearing a white frilly top, trousers tucked into his socks, bells hanging from his knees and his face blacked up! 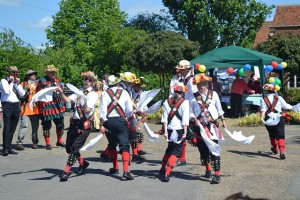 The hysteria builds up further when, after you get talking to the girls – a very nice crowd from Cardiff, as it turns out – the bride-to-be tells you that she’s getting married in Marrakech in a couple of weeks and the only married man in your group says, in all seriousness, ‘Oh, we went there last year. It’s really nice.’ Somehow, I don’t think an almost-60-year-old man and his wife and daughter will have quite the same priorities as a twenty-something blonde getting married in Morocco! I shall simply say that his list of things to see and do didn’t really bring a gleam of joy to her eye!

And on that note, I shall say ‘Hakuna Matata’ – which is Swahili!
Sleep well, dear followers.