Good evening, Beloved Believers! Here I am, once again, to brighten up your dreary, mundane lives with tales of my exciting, fun-filled life.
Today was an exceptionally full day. 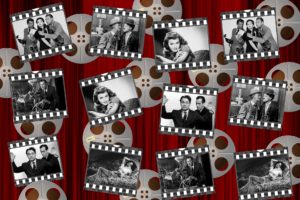 Call Me By Your Name

First, I was invited by Bazza the Friendly Geordie (the BFG) to accompany her to a foreign film and, knowing that these foreign films can be strange, I decided I would look for some reviews for it just so that I would be prepared.
Well, Devoted Devotees, the reviews did not disappoint, and I looked forward to seeing a film

which featured ‘sensual boiled eggs’ and which promised that I would never look at a peach in the same way again. The film was ‘Call Me By Your Name’ and was set in Italy in 1983, with accompanying 80s soundtrack, although I have to say I only recognised ‘Words’ by FR David.

It is the story of a burgeoning (good word, and one I chose myself!) romance between a 17-year-old boy, Elio, and his father’s research assistant, Oliver, an older man, one summer in Lombardy. Personally, I thought Oliver was a bit smarmy, although the reviews called him ‘a golden Adonis’; I would have called him a narcissistic show-off who thought he was god’s gift, but that’s only one opinion, even if it is that of the LSG. We were warned of ‘strong sex’ at the start of the film, which made me wonder if one could warn of ‘weak sex’, and just what that might involve, but I digress… 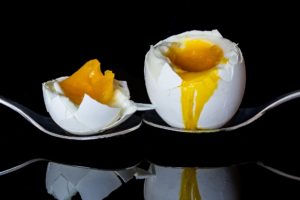 I looked out for the ‘sensual boiled egg’, described by the Telegraph as ‘an unexpected gush of golden yolk which brought confused emotion to Elio’s face’; personally, I didn’t spot the confused emotion – I just thought that Oliver was a messy eater as far as soft-boiled eggs were concerned.

So, all rested on the peach, so to speak – small shivers of anticipation ran through me every time there was a shot of a peach tree, as I waited to see how my view of a peach could be changed for ever. At last the moment arrived – suffice to say that I may never be able to eat a peach again without certain images coming into my mind. I do not wish to offend your sensibilities by describing exactly what happened with said peach, but it involved the stone being dug out of the middle of it by Elio and the peach then being used by him… and I shall leave it at that. A lot messier than the egg yolk, believe me!

The scenery was beautiful and at times I thought I was, in fact, watching ‘A Place in the Sun’, although they didn’t produce a ‘mystery house’ as the final choice – unnecessary, anyway, as the peach was enough of a mystery!
The BFG enjoyed it, as did I – if I don’t fall asleep, that means it’s a good film.

This was then followed by some ironing (at home, not in the cinema) – ‘How is that exciting?’ I 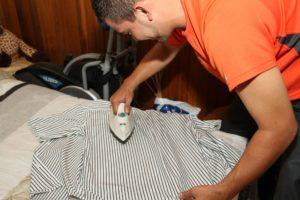 hear you cry. It was exciting because, when I handed DODO his freshly-laundered clothes, he went upstairs to put them away, then rushed back downstairs and said, smiling, ‘I thought I’d left this in Turkey!’, referring to a particular polo shirt which had been waiting to be ironed for ever such a long time… (he returned from Turkey in June…)

And finally today, we went to Derby Night Market where, firstly, DODO was amazed that the LSG managed to walk away from the leather handbag stall without buying anything (the handbags were leather, not the stall, and I already have two purchased from there on previous occasions, which DODO may not have realised…); DODO went off to take some photogenic photos of the cathedral while the LSG went for some refreshment (shopping is exhausting). Interesting to have a glass of wine in a place where one is used to having toast and coffee…

What a lovely day, full of a variety of events, friends (well, one – the BFG), food, drink, eggs, peaches…
Sleep well, Adoring Acolytes