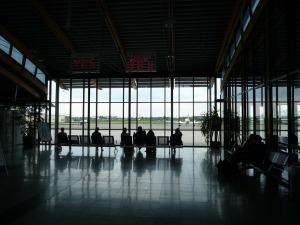 Waiting at the airport

A very good evening from the Lifestyle Support Guru! Once again, I have ventured towards the Metropolis and I now sit contemplating the Circle of Life (no, not from The Lion King) as I realise that it was exactly a year ago tonight that a sibling and I were sitting in the exact same place – the bar in Heathrow Travelodge, to be precise – with the exact same drink (from the exact same bottle, judging by the taste) before travelling to Australia the next day. The main difference now is that I don’t have last year’s model of sibling with me and will be collecting another model of sibling, at an unearthly hour tomorrow morning, travelling FROM Australia (which is why I didn’t stay at a different sibling’s nearby – she doesn’t ‘do’ unearthly hours!). Are you all keeping up with the siblings so far? Not many more to go!
The journey here gave me plenty of time to reflect on a number of things that caught my eye as I made my way down that long and not-so-winding road that is the M1, and here are some thoughts that I thought you might wish me to share with you and on which you, too, can reflect and perhaps gain some inner knowledge and personal insight.
1. ‘Consider the weather’ was the first command that caught my eye. I spent the next five miles considering the weather and then wondered whether the weather had considered me. And how should I consider it? In the manner in which I consider my cats? (with reverence) In the manner in which I consider whether it’s worth going to the pub? (also with reverence) In the manner in which I consider the next glass of wine? (further reverence) Or should I just consider that the weather wasn’t harming me (yet!) and ignore it? 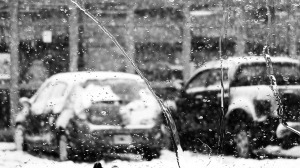 2. ‘Salt spreading.’ This item of information kept me thinking for a little while: where was it spreading from? Was it like ‘Rain spreading from the east’ or ‘Snow spreading from the north’? The fact that I didn’t see a single ‘salt spreader’ (or ‘gritter’, as they call them everywhere else) anywhere on the motorway makes me think that someone in the ‘Motorway signs to confuse people’ Department was just bored.
3. ‘Dart Charge Now Live’ on the M25 was the one that taxed my little grey cells the most because it had so many possible interpretations:
• was it a sad little message to someone with the misfortune to be called Dart Charge (I imagine him to be American or Australian), telling him that he should throw away his old, grey life and old, grey girlfriend and go out and LIVE!
• was it an advert for a new sports programme where darts players would charge at each other, with the intention of killing the opposition with carefully aimed arrows? Therefore, ‘Live’ could be pronounced either way (assuming you weren’t watching on catch-up TV) and make it VERY interesting!
• were there a couple of commas missing and the whole sign was, in fact, aimed at those jumping spiders that were supposed to be taking over the country in the summer? Dart, Charge, Now Live! 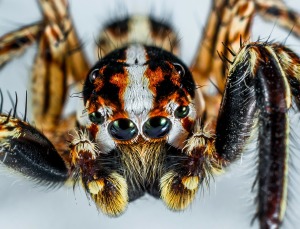 • should I be concentrating more on my driving?
I hope I have given you a little pause for thought and made you realise that motorway driving doesn’t have to be the boring chore that many people think – unless, of course, you forget to check just EXACTLY what you have on your mp3 player, which you had hoped would help the journey pass pleasantly. Kylie??? Cliff????? Engelbert????? I think the cats have a better technological ability than I thought! Next task – SORT OUT mp3 and LIVE!!!
Enjoy the rest of your weekend!