A very good evening from the Lifestyle Support Guru! You may not have noticed my name mentioned as one of the ‘winners’ in the election, but I can let you know that I shall be working undercover as a secret advisor to the government and all the other parties, but if I tell you what I’ll be doing, I’d have to kill you, I’m afraid, so I shall move on to something else. 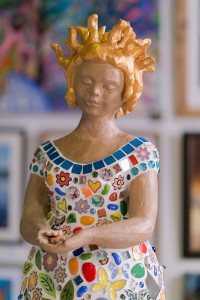 Now, as you know, the LSG has skills in many areas, but what some of you may not realise is that I am also a DOMESTIC GODDESS and I am going to help you achieve this status, too. Being a DOMESTIC GODDESS doesn’t have to involve such mundane tasks as cooking, washing up or cleaning the oven. Goodness me, no! All you have to do is get someone else to do it for you (by going out to lunch on as many occasions as possible) or buy a Groupon voucher for an oven cleaner to come and get rid of all the gunge that has somehow gathered inside your oven, even though you use it infrequently (that means ‘almost never’ in LSG-speak). Personally, I blame the cats – I think they may well be secret Michelin-starred chefs.

Now, imagine the scene: you have a professional oven cleaner booked for the afternoon, so what’s the first thing you do? Yes… you clean the oven! You also clean the kitchen itself and, just for good measure, the bathroom – just in case!
The cleaner arrives and you lead him into your sparkling kitchen, show him the oven and he 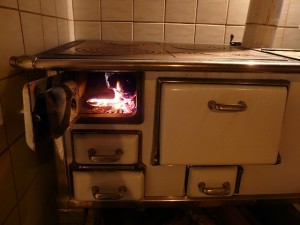 examines it. ‘Does it have an interior light?’ he asks. You finally manage to stop laughing because this is almost the smallest oven you can buy without it being a Calor gas camping stove, so an interior light would make it look like a floor show every time you open the door!
He opens the oven door and looks inside and you feel a frisson of terror in case he refuses to clean it. ‘Please, tell me you’ve seen worse?’ you plead and he says – slowly – ‘Yes…’ and then there’s silence… until he adds, ‘We also clean carpets,’ as he looks back into the living room where the red carpet has a fine covering of long, white fur as a contrast. 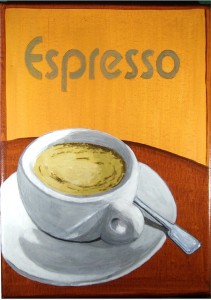 You offer a coffee and he then asks to use the toilet (relief that you put that little bit of extra effort in) and then you explain to him that you will be doing your Italian homework while he’s working, hoping that this will impress him and make him realise that the LSG is far above domestic chores.
The oven cleaning and the Italian homework finish at the same time – guess which one of us said, ‘Well, I’ve done the best I can.’?
To the undomesticated eyes of the LSG, the oven, once again, looks sparkling – if those bloody cats decide they want to start doing cordon bleu cooking, they can go elsewhere! This oven is not for burning!

And there you have it – being a DOMESTIC GODDESS is easy-peasy-lemon-squeezy, as long as you let other people do everything for you(except your Italian homework). Pot Noodles for me from now on – or lunch out.
Sleep well, dear followers!