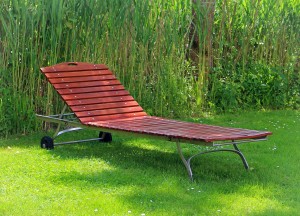 Good morning all, from the Lifestyle Support Guru! This morning I am going to help those of you who sometimes find that you just DON’T HAVE ENOUGH SPACE in your house. I have to admit to getting some help in this matter from two rather unsavoury characters who appeared in my local the other day, but we must not turn down help from whatever strange quarter it may come.

First of all, I must set the background:

1. You will need a sibling (if you don’t have one, try to borrow one – someone, somewhere, will have a sibling they wish to offload) who has decided to travel to far-off places and leaves a lot of stuff in the house – let’s say, just as an example, a fold-up bed, a telescope, several boxes of wires, piles of clothes, a bookcase, a computer table, a fold-up chair, a coffee table or two…
2. Move all this rubbish – oops, I mean valuable possessions – into his room (which has now become ‘the spare room’), so that only visitors with several years’ mountaineering experience would be able to get to the bed if they wish to stay the night.

Now, having done all this, you take yourself off to the pub for some light refreshment and, as

you are sitting there playing Pet Rescue on your tablet (you like to keep your mind occupied), the aforementioned unsavoury-looking characters arrive, settle themselves at the fruit machine and start comparing their lives since they last saw each other (you’ll have to put your own swear words in, but I’ve left them out because I know some of my followers can be offended by such unpleasantness):

UNSAVOURY CHARACTER 1: Where you been, then?
UC2: Prison, innit? Couple of years for drugs. (Your ears prick up and all thought of Pet Rescue is driven from your mind at this point.) 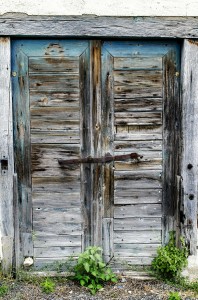 UC1: Yeah, me too. Going clean now.
UC2: Me too, but having problems finding somewhere to live.
UC1: Me too. I was renting a room but I was thrown out.
UC2: What for?
UC1: They thought I was doing drugs, innit?
UC2: And was you?
UC1: Yeah, but not in the room. (Ah, such logic!)
UC2: So where you staying at the moment?
UC1: I’m alright for the moment – my sister’s letting me sleep in her shed.
UC2: That’s alright, then. At least you’ve got a roof over your head.
UC1: Yeah, that’s what I think.
And they turn their attention once more to the fruit machine.

So, there we have it – if your spare room is filled to bursting and the sibling comes home in a couple of years’ time, there’s no need to worry because you DON’T HAVE ENOUGH SPACE – just put him in the shed! Problem solved and everyone’s happy. Now, where can I store the lawnmower, strimmer, cat baskets, half-full tins of paint, garden tools (unused)…