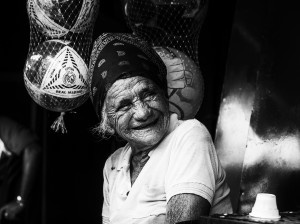 Found this on some website – a great story about two old ladies still enjoying life, so I’m going to make them honorary members of the Lifestyle Support Guru Club!

“A few years ago I was on a flight from Chicago back home. I sat on the aisle of a 3 seat row and next to me were two women in their 70s. You could tell they’d known each other forever and were the kind of women I think of as Broads. Ballsy ladies that had madcap adventures in old movies.

I normally try sleeping on a flight but these women were too interesting. First, during takeoff, something rolled back on the plane. 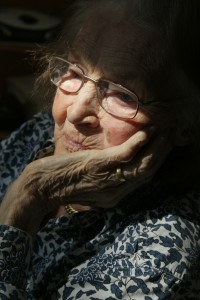 “OH! Something hit my foot.”

“It’s a camera, it probably fell out of somebody’s bag. I should get one of those stewardesses over here.”

“Wait a minute, let’s see what kind of pictures are on it.”

They huddled together conspiratorially and thus began some of the best Old Broad commentary I’ve ever heard.

“I think they’re in Hawaii, does this look like Hawaii to you?”

“How should I know? I’ve never been to Hawaii.”

“He look like such a nice young man, what a good couple they make, taking so many pictures together.”

“I don’t know, she looks kind of trampy. You don’t think she looks trampy? THERE! Look at that bathing suit. What decent girl would wear that?”

For 20 minutes, they’re sitting there tittering over the photos. 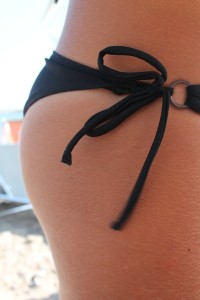 “Look at her in that dress, oh isn’t she lovely, and look at him in sneakers. You’d think he’d clean up in at least one of these pictures.”

“She’s too good for him, getting dressed up like that. I hope they’re not married, she can do better.”

“Well she didn’t wear those suits to be bored!”

I got up to use the restroom and when I came back they were talking about the fun vacations they’d had during their lives. The flight attendant came around with drinks and they handed over the camera. An hour or so later, just before landing, the flight attendant came back and told them the camera’s owners had been found and thanked them for returning it. After she left, one broad turned to the other and said, “they probably haven’t found the pictures we took yet.”

“Oh they won’t mind, it’s not like we put on our bathing suits for them.”

Then they laughed for 5 minutes straight.

I regret using the restroom, I will never know what kinds of pictures they took!”