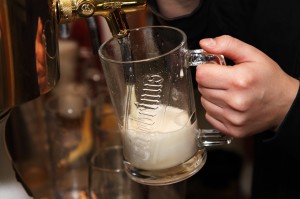 Getting a pint. Picture downloaded for use from Pixabay.com – allowing free use, no attribution.

Good morning! Your Lifestyle Support Guru back again with a few handy tips on how to have a good Friday night out!

1. Go to a local quiz.
2. Get teamed up with someone you don’t know who suggests playing the Joker on the ‘Up the Creek’ round because he thinks it’ll be about rivers and casually mentions that he’s doing an MA in Water Engineering, so he should be quite good at it. (Thinks: Water Engineer? Turn tap, turn tap off.)
3. Find out when the round comes up that a Water Engineer actually knows very little about rivers. (Thinks: Water Engineer? Turn tap on, turn tap off.)
4. Win quiz despite Water Engineer and go to the local pub to spend winnings.
5. Accidentally sit near two drunks who are having a discussion about the word ‘descegenation’ (clearly a better class of drunk round here) and get dragged into the conversation when one says, ‘You’re a teacher so you must be clever’. (Thinks: But not clever enough to sit somewhere else.)
5. Admit to not knowing what the word means, having never heard it before, which disappoints drunks and makes them revise their opinion of teachers. (Thinks: Whoever heard of a teacher who doesn’t know the word ‘descegenation’?)
6. Go home and look up ‘descegenation’ and find there’s no such word. (Thinks: Not as stupid as I (and the drunks) thought I was.)
7. Find the closest word is ‘miscegenation’ and is to do with interracial mixing, so resolve to remember the word and casually drop it into the next conversation you have with the drunks (or the Water Engineer).
8. Look forward to what Saturday night will bring!