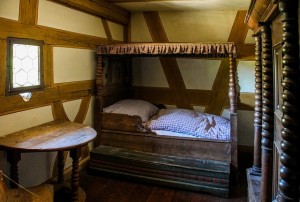 A very good evening from the Lifestyle Support Guru! Tonight I am going to give you some advice on HIDING A CAT, although I am sure it could be adapted for small dogs and children, should you so desire.
These are the steps to follow:
1. Feeling positive about summer coming, you decide to change your winter duvet for a summer one (but keep the electric blanket on the bed, just in case).
2. Remove the summer duvet from the drawer under the bed and replace it with the winter one, which has to be squashed in because it’s a lot thicker.
3. Having changed the bed, sit down to do something mindless on the computer before going to watch something mindless on television.
4. When you hear a faint meow and a slight scrabbling, you think you must have shut one of the cats (let’s call him Charlie, just for the sake of argument) in a wardrobe, so you check but find nothing. (The more astute among you will already know where this is going.)
5. Sit back down at the computer and hear another meow and some more scrabbling, so you 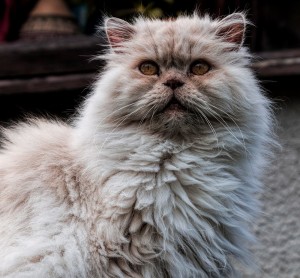 wonder if, somehow, Charlie managed to hide away in the winter duvet when you squashed it (rather brutally) into the drawer. With thoughts of a suffocated cat wrapped up in a heavy duvet, you pull open the drawer and tug the duvet out, but find no sign of a squashed cat.
6. Back to the computer, assuming that the cat must be downstairs doing his ‘I’m dying of starvation’ pathetic little meow because he hasn’t been fed for at least ten minutes, BUT … another pathetic meow and more faint scrabbling, so you open the drawer AGAIN, pull out the duvet AGAIN and suddenly the cat appears as if BY MAGIC! Somehow, he has managed to squeeze himself into the gap between the back of the drawer and the underside of the bed and has obviously been sitting there for the last ten minutes wondering what sort of new game you are playing!
7. Spend the next ten minutes giggling as you imagine what must have been going through Charlie’s mind as he sat in the dark under the bed, occasionally emitting a quiet meow – he is the most gentle of cats, so it wouldn’t have occurred to him to get annoyed and make more noise!
8. Feel grateful that it wasn’t one of your other cats that you’d shut in because they would right now be sitting plotting their revenge!
Enjoy the rest of your evening and make the most of the couple of days of summer that seem to be creeping up on us.