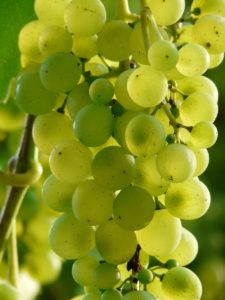 More Invalid Thoughts (from home, rather than invalid home thoughts from abroad)
Good evening, admiring (and admirable) acolytes! To commence, you may interpret ‘invalid’ in the title in whichever way you prefer (depending on your pronunciation, and your thoughts about the LSG’s posts, but please keep these to yourself). Tonight I wish to share with you my hints and tips about keeping poorly people entertained.

In my many attempts to keep DODO amused in his current invalid state, I offered to lend him my tablet while he had to stay overnight in hospital, so that he could access the Kindle books I had downloaded and which would therefore not require an internet connection. He started looking through the titles – I would like to say that they were all classic ones such as The Iliad, and War and Peace, but the first one that showed up was ’30 days to a Clean and Organised House’.

‘Why have you got this?’ he asked in a genuinely puzzled voice. ‘It was free.’ I answered honestly. ‘Any good?’ he responded. ‘No idea.’ I replied, ‘I looked at the first page and it said I would have to do all these tasks every day for the rest of my life, so I lost interest.’ ‘Fair enough,’ he said.

In response to my last post about a rusty microwave, TOFU has explained that it is caused by the steam escaping from the food being cooked, so he suggested leaving the microwave doors (note the use of the plural) open for 15 minutes after any culinary efforts. I share this tip with you freely – when TOFU speaks I listen, since he is a veritable walking encyclopaedia of electrical and engineering information (but he still passes on his cats, which are neither electrical nor engineered, from such diverse places as South Africa and Australia – Tubs was the first black South African I ever met!). I have seen no proliferation of rust as yet, but that may be because microwave no. 3 is STILL waiting to be unpacked – life moves slowly in the LSG household unless we are racing each other to the fridge for the last cold beer…

One thing we’ve found is that positive thoughts are essential:
1. When the plumber doesn’t turn up to look at the poorly boiler, the positive thought is that at least the bathroom got a good clean!
2. Having a poorly boiler may mean cold showers (with the occasional intermittent burst of hot water), but it does ensure that you save on water because you stay in the shower as short a time as possible!
3. When DODO made his own way into town this morning on his own (while I was enjoying myself at the cinema), the positive thought was that he had a good nap on the conveniently-placed seats within the shopping centre so he was able to stay awake when we met for lunch!
4. The special offer on New Zealand wines that’s on at my favourite wine store (Majestic, but other wine stores are available) may cost me money in the short term, but in the long term it will give me many hours of pleasure… and it usually means TOFU comes to visit so that he can stock up as well, so a pleasant weekend is had by all (well, three of us anyway!).

On that note, I shall leave you to think positive thoughts of your own as you prepare for your nightly repose!