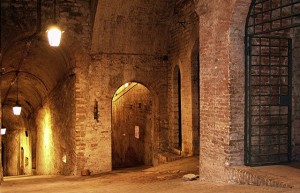 A very good afternoon to you all from the Lifestyle Support Guru! Today I am going to share with you some thoughts on MAKING PLANS and THE WEEKEND, so that you have plenty of time to MAKE your own PLANS before the coming WEEKEND. You will also learn that MAKING PLANS does not always turn out as you expect. As always, the steps are easy to follow:
1. Inform sibling that you have free tickets for Warwick Castle and MAKE PLANS to visit.
2. Sibling decides on the day that he doesn’t really want to visit Warwick Castle after seeing TV ad which included lots of children in it. (We both prefer child-free venues – such as pubs.)
3. Suggest Workhouse at Southwell, Notts, but this doesn’t appeal either. (I think he thought they may well still be keeping children there – see point 2.)
4. Suggest Strutt’s Mill at Belper, which is just a bus ride away. Sibling seems quite taken with this idea, so you MAKE PLANS and invite along a friend as well.
5. Meet friend at bus stop at a reasonable hour (11 am) and he informs you that he has already 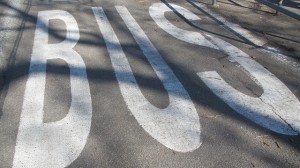 washed his windows, made a bacon sandwich, walked into town and back and put some washing out. (At this point you feel worn out and consider going back to bed – the walk to the bus stop was exhausting enough.)
6. On arriving at t’mill, you wait for the guide while friend starts talking about an ‘articulated python’ for some reason and an image of a large, jack-knifed snake on the M1 comes into your mind. Sweetly, you enquire, ‘Do you mean a ‘reticulated python’? and friend says they’re the same thing. Sigh and hope guide turns up soon.
7. The three of you have a tour round t’mill with Barry the tour guide, who is absolutely delighted to find that your companions have a genuine interest in the engineering aspects of the weaving machines, although he couldn’t answer the question ‘Why do they go backwards and forwards?’. (WARNING: do NOT visit places with machines if your companions work in metallurgy or on the railways and you personally have no interest in engineering, other than the essentials such as knowing how to use a corkscrew.) 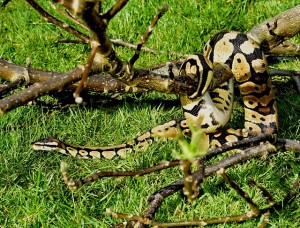 8. Before returning home, you make a small detour via a little micropub (well, I suppose a micropub will be small, by definition!) that has been recommended by some other friends who also have an interest in real ales (I choose my friends carefully!). Inside the pub, as a feature, is what looks like an old, small motorbike; friend, after examining it closely, confidently declares to all and sundry: ‘That’s either a Raleigh or a Dennis Hughes.’ (as I thought he said at the time). With an air of triumph (not the motorbike manufacturers, ha ha!) he turns to the barman who promptly tells him that it’s a Mobylette from France. Sad face from friend. (For those who know about motorbikes, friend didn’t say it was a ‘Dennis Hughes’ but an ‘NSU’. Still no wiser, but at least I know my reticulated pythons from my articulated ones! Or maybe he meant Kaa, the ‘articulate’ python in the Jungle Book?)
9. Finish the day off by going to a local Chinese buffet where friend attempts to pour a glass of wine while the top is still on the bottle. As I said earlier, I choose my friends carefully!
So there you have it, dear followers and acolytes – PLANNING a weekend is easy; it’s actually following the PLANS that’s difficult! You have all of Thursday and Friday to MAKE YOUR OWN PLANS!