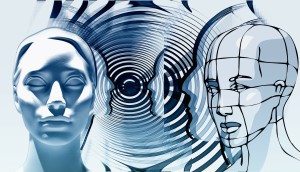 Dear, devoted Lifestyle Support Guru followers, I am utterly, totally and thoroughly DEPRESSED. I am afraid I have some SHOCKING NEWS to share with you – in the last 24 hours or so, I have discovered that, just like the rest of you, I am ONLY HUMAN. ‘How could this be?’ I hear you cry. Let me share my (rather long) tale of woe with you, which started early yesterday evening as I was putting the finishing touches to a quiz for other adoring followers (what I really mean is that it was the usual last-minute rush!):

YESTERDAY:
– the computer wouldn’t save properly
– the printer wouldn’t print properly
– my mascara went clumpy (and, girls and boys, we know there’s nothing worse than clumpy mascara, don’t we?)

TODAY:
– having gone to bed late in the hope of a good night’s sleep, I woke up early.
– I discovered I had a cold sore on the OUTSIDE of my nose! This meant that I resembled Coco the Clown, which is NOT a good look for a Lifestyle Support Guru, believe me.
– I decided to go into town to try my usual method of relieving depression – some retail therapy – and this is where the realisation of my HUMAN state really hit me: 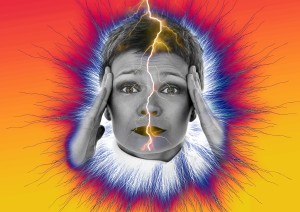 First, I went to a jewellery shop and found NOTHING that I wanted to buy, then I went to Marks and Spencer and – SHOCK, HORROR! – also found NOTHING that I wanted to buy, not even in the sale where I sometimes buy things just because I like the colour.
IT GETS WORSE:
I did manage to make some purchases, but they were from Lakeland and Poundland (I think I may have got the store names mixed up and went into the latter by mistake) – such mundane things as a brush for cleaning grouting (I didn’t even know what grouting was until today – LSGs don’t usually concern themselves with such lowly matters) and a tray for the cats’ bowls. I also had a discussion with a very nice Lakeland employee about the merits of a particular shower caddy and a sink tidy – this was how low I had sunk!

I felt in dire need of something to restore my usual serene state of mind and decided to treat myself to lunch out (I usually feel this need about 2 or 3 times a week). I found a nice, quiet little corner where I and my clown nose could sit and read and eat in peace when three people SHATTERED my peace by sitting at the next table and proceeded to talk in VERY LOUD voices. Imagine, dear followers, trying to concentrate on ‘tagliatelle con porcini’ and the intellectual ideas being expressed in a book about a psychopath who invites people on the internet to vote on how his next victim should die when the people on the next table include a grandmother who starts singing ‘I’m a lumberjack’ to her teenage grandson (for reasons known only to herself) and a mother whose laugh can only be described as a cross between a sick donkey and a laughing hyena with a sore throat. The son seemed unable to talk in a voice lower than a million decibels so that everyone in the place could enjoy his thoughts and ideas. They were discussing funerals and the merits or otherwise of keeping someone’s ashes in the house (no final decision was made).

I’m afraid I had to bring myself and my nose home and retire to bed in the hope that I would wake up in my usual semi-godlike state – I feel I am getting there, but I have a notion that a large glass of Pinot will help the process even more…

Sleep well, my devotees, and DO NOT WORRY – I will be fully restored by tomorrow and ready once again to help you deal with your everyday problems and concerns.