The Lifestyle Support Guru is on a quest to introduce you to places you should visit before you die and Halifax is on the list. ‘Why Halifax?’ you ask. ‘Why not?’ I reply. There is, in fact, a very mundane explanation – I don’t like leaving the cats for more than 24 hours without some human interaction (it’s called ‘cleaning out the litter tray’), so somewhere within a 2-hour drive is ideal. And I like going ‘oop north’ – it’s another country! In fact, it’s another world! 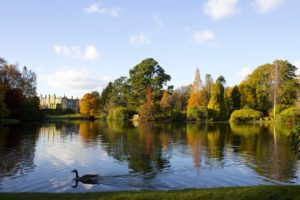 The first thing that took me by surprise (just after Sheffield, which is where I consider ‘the North’ starts) was passing an Audi driver on the motorway who was in the nearside lane, even though there was plenty of space in the other three lanes. I have never seen this before although, sadly, I didn’t see any Volvo, Merc or BMW drivers following this brilliant example.
The satnav was set to take me to Halifax via the excellently-named Netherthong – how can you not go to a place with such a wonderful name? – so imagine my delight when I found there was an Upperthong as well! When I got out of the car at the top of a very steep hill in Upperthong to greet TOFU (Trefor of ‘Ull), I could fully understand why you would need both upper AND nether thongs (and preferably fur-lined) – the wind was a tad chilly in all quarters.
Having visited Barnsley on a Bank Holiday weekend, TOFU and I were not completely taken by 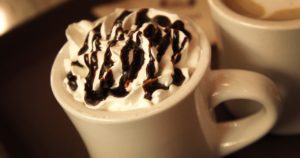 surprise in Halifax because it’s very similar – there’s just more of it. TOFU remarked that we seemed to have arrived ‘late to the party’ at 8 in the evening. One young lady on the dance floor in the first pub we entered had obviously consumed more than the recommended number of alcohol units and another young lady was more interested in watching her own boobs jiggle about as she sat bouncing to the music. Personally, I find a cup of hot cocoa more enthralling.
The next pub had karaoke in full swing when we walked in – ‘Kingston Town’ sung by Halifax’s answer to Orville is something that will stay with me for a long time, along with the young man dancing next to our table displaying a ‘Top Man’ waistband on his underpants. If you must 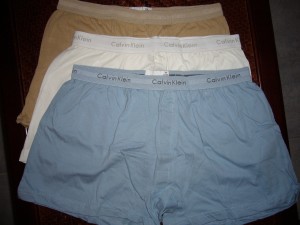 display where you buy your underpants, at least go with fake Calvin Kleins, daaahlings.
We then headed to the nearest Wetherspoon’s, even though we knew we would have to spend a long time waiting to get served by staff who have never learned to smile. (I have only ever been in one Wetherspoon’s pub where I was greeted civilly, served quickly and with a smile – and that was because she was an ex-pupil!) However, the pull of a pub without techno-trance dance music or karaoke sung by Orville was, I have to say, irresistible. 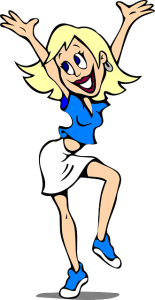 pint glass. His immortal comment, however, once we were seated, was ‘There’s a lot more flesh on display than perhaps there should be,’ as yet another person in shorts/hot pants passed us. I replied that that was perhaps why the textile industry failed in this area because people don’t wear enough of it. No fashion judgements were being made, you understand.
The night ended with that famous quote: “When a man is tired of Halifax, he is tired of life; for there is in Halifax all that life can afford.” ‘Who said that?’ asked TOFU. ‘Boris Johnson,’ I replied.

And the next stop on the LSG’s world tour? Who knows? Suggestions are welcome – as long as it’s within a 90-mile radius of Derby so that I can carry out my litter-cleaning duties!