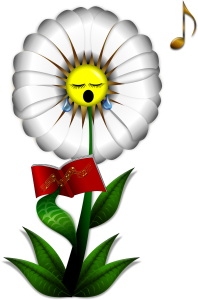 Good morning, devoted followers, from your Lifestyle Support Guru. I had originally intended doing a post on the advantages and disadvantages of one’s brother leaving the country, which some of you could adapt if you have children/grandchildren going off to uni, but I haven’t worked out any disadvantages yet, so I shall leave that for another time. Instead, I am going to recount my experiences at THE OPERA and show you that there is nothing to be afraid of in listening to POSH MUSIC (as I think of it, compared to, say, ‘Gangnam Style’ or ‘Happy’, which I have on permanent ‘repeat’ on my iPod). As always, I shall set the scene:

1. You agree to go and see a screening of ‘Madama Butterfly’ performed by Opera Australia (no, I didn’t know Australia had produced any singers other than Kylie and Jason either, but we live and learn, and what’s wrong with calling it ‘Australian Opera’, I ask myself – I blame the silly ‘Team GB’ name and the French, but that’s for another time) in front of Sydney Opera House. (I suppose the thinking was that, if it rained, they could all go inside?)

2. Upon arriving at the screening, you are told that, ‘for technical reasons’, there will be no English subtitles to this Italian opera and customers can therefore have a refund if they decide they don’t want to see it without subtitles.
HA! I LAUGH IN THE FACE OF SUCH CHALLENGES! The LSG is not fazed by such trivialities, especially since I had been to my first ‘Italian Improvers’ class the previous evening and could now do more than just order two beers in Italian.

3. You are told that the screening will start in ten minutes, so this gives you the time to go and 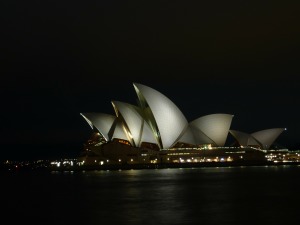 get a refreshing glass of white wine (Italian, of course) to sustain you through the performance. (It also allows you to annoy the other people in the row as you squeeze past their knees to get to the bar – and back again, this time cradling your glass of wine. I thought I heard a few tuts as I did this, but surely no-one would have the temerity to tut at the LSG, but I digress…)

4. You settle down and wait for the POSH MUSIC to start and are OVERWHELMED by the fact that you can understand some of the words – I spotted ‘un bicchiere’ – a glass – so I was very pleased with myself. I’m also pretty sure that the composer, Puccini, must have had some Welsh blood in him because I COULD SWEAR I heard ‘unwaith eto’ (Welsh for ‘once more’) in the final aria, but that may have been the influence of the wine.

My main disappointment was when Suzuki appeared because I thought perhaps the opera had been updated to modern day and I was fully expecting a motorbike to come roaring onto the stage, but it turns out she is a character in the opera. Ah, well, life is made up of such little deceptions, but we learn to accept them, don’t we, cherished followers? I was also highly diverted by the giant (cardboard) moon that rose spectacularly over Sydney Harbour in the first act because it kept wobbling in the breeze.

So there you have it – POSH MUSIC is for EVERYONE. All you need is a little imagination, an open mind, a lesson or two in Italian and a glass of wine. Sorted! Have a good weekend, beloved devotees.