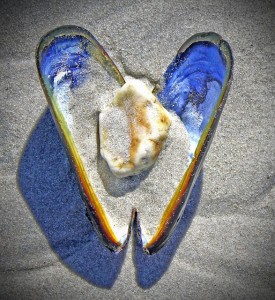 The Pearl of Wisdom

Good evening, dear followers! I realise that I haven’t offered any advice for a little while and I am concerned that you will be trying to live your lives without the benefit of my pearls of wisdom, so I thought I would pass some on before I get caught up in the fever of THE game on Saturday. I am, of course, talking about England v Wales in the Rugby World Cup, in case those of you who prefer the ‘round ball’ game (or ‘handbags at dawn’ or ‘synchronised diving’ as I prefer to call it) think there’s anything more important.
Anyway, enough of this talk of balls; tonight I wish to talk to you about LIVING IN A PARALLEL UNIVERSE. I have come across several examples of this in the last couple of weeks and I believe that I have now learned enough to help you cope with what could otherwise be a very stressful experience for those with less inner strength than a fully qualified Lifestyle Support Guru (Deputy LSGs should not try this at home).

Example no. 1 in this PARALLEL UNIVERSE:
Men CAN multitask! This was proved to me in a rather unfortunate manner a couple of weeks ago when I was out for the evening with a couple of friends, one male, one female. The male friend (who may or may not be from Yorkshire) went to the toilet and came back many minutes later with the front of his shirt soaking wet and explained that he had just had a nosebleed whilst in the toilet. So where is the MULTITASKING? you cry. Well, the nosebleed occurred while he was ‘in full flow’ elsewhere, so to speak, and thus he had to deal with both at the same time, using his handkerchief in one hand to stem the flow of blood whilst ‘hanging on’ with the other hand… I don’t think I need to elaborate, do I, dear devotees? And, on top of that, he had managed to clean his shirt before returning to the assembled company. RESPECT! 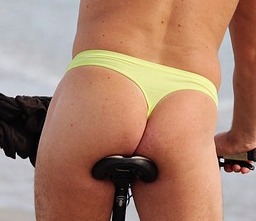 Example no.2 in this PARALLEL UNIVERSE:
As you know, I run the occasional quiz at my local pub; most of the time they run pretty smoothly, but the other week I found myself in a very unusual situation – handing a quiz sheet over to a man on his own who, on the face of it, looked perfectly respectable but who was, in fact, wearing a pair of multi-coloured speedos on his nether regions rather than the expected pair of trousers. I didn’t bat an eyelid, beloved acolytes, but he certainly attracted a few glances from other females (and one or two males) in the pub as he strolled to the toilet. This could only happen in a PARALLEL UNIVERSE!

Example no. 3 in this PARALLEL UNIVERSE:
During the same quiz mentioned above, an unknown couple stands next to you while you are sitting at the bar asking the questions over the microphone (this is usually a big clue as to who is running the quiz). They keep whispering answers to you and you assume they are just checking if they know the answers, even though they haven’t entered the quiz. It turns out that they think you are entering the quiz and they are trying to give you the answers! A little later, you are giving out the answers to the Music round (kindly supplied by a sibling currently residing in a 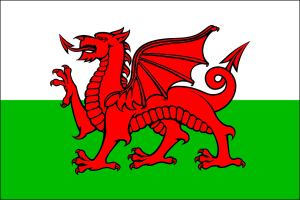 sub-Saharan country and who clearly has nothing better to do), which includes a couple of classical music questions. When you give the answers to these, the female half of the couple turns to you and says, ‘You must be the landlady if you know so much about classical music.’ Such reasoning could only occur in a PARALLEL UNIVERSE.

And there you have it, dearly beloved followers – PARALLEL UNIVERSES do exist! Enjoy the rest of your evening and think of me over the weekend hiding behind the sofa on Saturday evening in a state of anticipation and terror – and NOT because I’ll be watching Dr Who! I make no predictions other than to say I shall either be very happy or very sad!