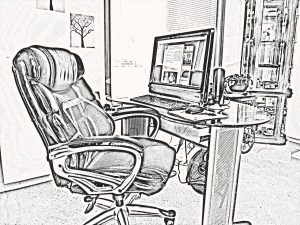 A late good evening from the Lifestyle Support Guru! I am writing from my bed of pain (well, the computer chair, really), wondering how you can have lunch feeling fine, have a little afternoon snooze for half an hour and wake up with a streaming cold? Well, it’s not really a streaming cold – just a little sniffle and a sneeze now and again. I blame the M&S ‘minted super green vegetables’ which contained cabbage – I should have known better than to eat cabbage because it’s disgusting stuff, even when sliced finely and mixed in with broad beans and peas and smothered in minted butter. I think it contains some virus which makes you feel ill just to look at it, but I digress… 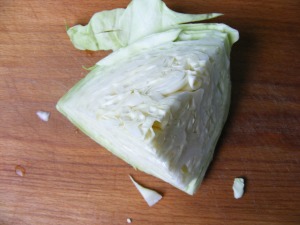 The purpose of this evening’s lesson is to impart some knowledge about REAL CULTURE! I have covered ‘posh music’ (i.e. opera) before, but this time we are going to cover ART! Now, I know this may not be to everyone’s taste, but you may be surprised, so bear with me (but don’t ‘bare with me’ because that is going a step too far…).
A friend and I went to see a a film about the Vatican Museums this evening, expecting to be amazed by some of the fabulous ART treasures being hoarded in the Vatican, but I have to confess to being just a teensy weensy bit disappointed, as you will learn:
1. Expect to be surprised to learn that the Director of the Vatican Museums is Paolo Nutini – at least, I’m fairly sure that’s the name that flashed up on the screen. He didn’t sing any of his songs and he looked somewhat older than I remember. And he didn’t speak with a Scottish accent. And he spoke in Italian.
2. The translator for Paolo had a very strange voice and accent himself – a sort of cross between Clint Eastwood when he’s telling someone he’s going to kill them and Ronald Reagan. He referred to Michelangelo as ‘Mickelangelo’, which was very confusing when the narrator (rather than the translator – you need to follow this carefully!)) referred to him as Michelangelo, pronounced ‘Michaelangelo’. Or maybe there are two Michelangelos from the same period and one was called Mickel and the other Michael, to save confusion? One painted the Sistine Chapel, the other painted his house? 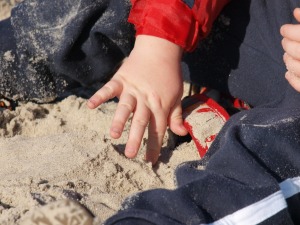 3. In between very ‘arty’ shots of various statues in varying states of undress there would appear shots of a handsome young man gazing artfully into the camera and occasionally clapping his hands together to get rid of some very ‘arty’ dust that kept appearing – mainly because the handsome young man kept digging his hands into a load of sand. It was meant – I think – to represent digging up the past. (I could be wrong – he may just have regressive childhood tendencies and memories of playing in a sandpit.)
4. In between the arty shots of this young man came further ‘arty’ shots of water dripping into a chocolate-coloured pool and ripples spreading outwards – representing the spread of ART, perhaps – or just a subliminal advert for chocolate in readiness for Christmas?
5. The background music – at least, I think it was meant to be in the background – was very loud and had no singing, so it must have been an instrumental version of Paolo Nutini’s songs, but I didn’t recognise any of them, although there may have been just a touch of ‘New Shoes’ or ‘Pencil Full of Lead’ on occasions.

My conclusion? The handsome young man was a nephew or some other relative of the film director who had just had a load of sand delivered and who also had a dripping tap and he had worked out how to slot them into a film about the Vatican so that he could get back some of the money he’d paid out to the cowboy builders (Eastwood and Reagan) for the sand!