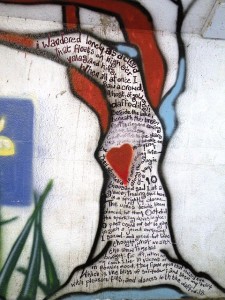 A very good evening from the Lifestyle Support Guru with some absolutely invaluable advice on recognising SPIES. I appreciate that many of you will be glued to the television watching either Wolf Hall or the National Television Awards, but I shall persevere nevertheless.

First of all, I have read Wolf Hall and I DID NOT ENJOY it! In fact, I DID NOT ENJOY it almost as much as I DID NOT ENJOY studying Wordsworth at A Level, but I am expecting a great deal more from the TV series, mainly because I know how it ends (a bit like ‘Titanic’, but I won’t give any spoilers in case you haven’t seen it) and because there are one or two good-looking males in it (although I wasn’t that impressed with Damien Lewis saying that he’d had a good training for playing Henry VIII because he went to Eton. That’s like saying you’d had a good training for being the Yorkshire Ripper because you’d been to Scarborough or Halifax. SILLY!!)
And as for the National Television Awards, as soon as I saw Simon Cowell on the screen, I felt an uncontrollable urge to get out of the house and come to the pub! (Actually, that happens quite a lot, regardless of who’s on television.) 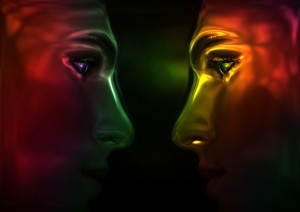 Now, moving on to SPIES – these are not as difficult to spot as you might think.

1. No one else is talking in the pub, but you can hear a voice speaking. You realise that either a) you now have a direct line to God or b) someone is talking to him/herself.
2. Upon looking up, you spot a man close by who seems to be speaking to his wrist and you IMMEDIATELY know that this is a spy who is transmitting information to his paymasters. He is obviously passing on information about the suspicious-looking characters who have appeared in the last few minutes under the guise of being part of a male choir. HA! They are very cunningly disguised as harmless-looking older gentlemen but you just know that, really, they are finely-honed ninja warriors wearing fat suits and a lot of make-up (or might it be Katie Price in disguise?).
3. You decide not to attract too much attention by showing that you have SPOTTED THE SPY and realise that you had best leave before THE SPY recognises that you are onto him and could blow his cover, so you smile sweetly and point to his wrist and ask for the time, saying that your watch ha stopped. All suspicion foiled and you can carry on being the unobtrusive SPYCATCHER who could SAVE THE WORLD!
Sleep well, devoted followers – I am keeping my eyes peeled on your behalf!