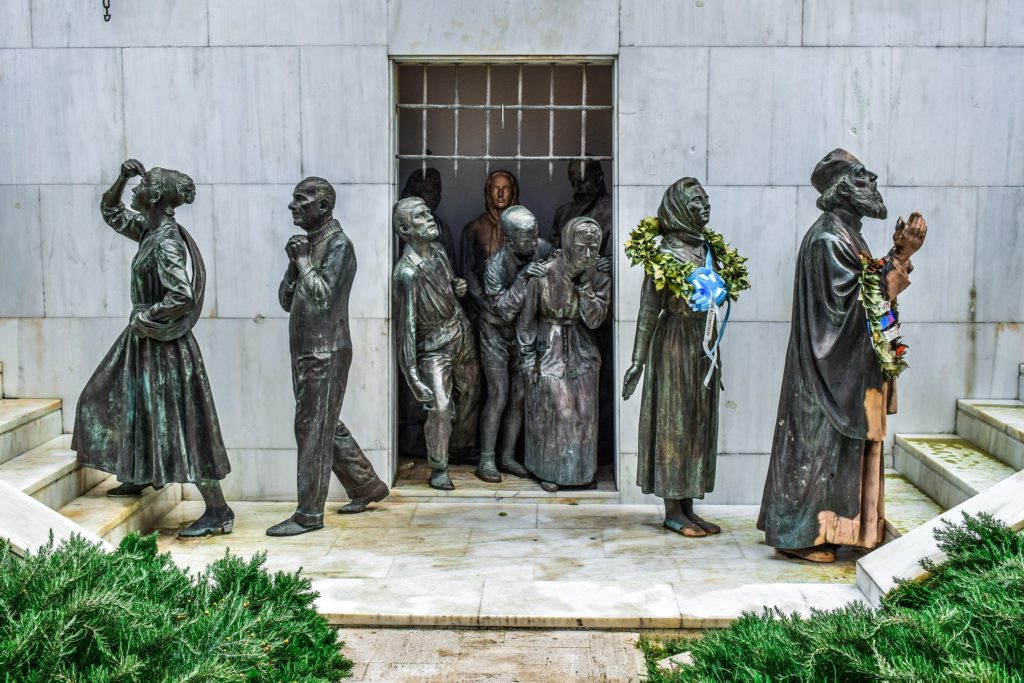 A very good evening to you all from Cyprus! Yes, the Lifestyle Support Guru has finally managed to get away on holiday – one can’t count recent visits to York, Huddersfield and Sheffield as ‘holidays’, since they are just classed as ‘moving around oop north for a day or two’, which are not really holidays at all.
This holiday started badly, I’m afraid – the alarm went off at 5.30am a couple of days ago! How can they even let that time exist? The day should always start at something like 8.30am and move sedately on to the evening, allowing for gentle pauses along the way for food and drink, or catching a plane. Nevertheless, younger siblings and I made it safely to the airport where next-sibling-down proceeded to consume a Belgian waffle with chocolate and cream at 7.30 in the morning. I managed a small cup of coffee. Youngest sibling went to the toilet.
But I am sure that you do not wish to read about such mundane happenings, even if they are part of the LSG’s fascinating life – I only tell you these things to make you realise that you, too, can be like the LSG: you may not have a sibling who will eat chocolate waffles at 7.30 in the morning, but you probably have a spouse, a better half, a rock, a soulmate, a child, a friend, a ‘hun, r u ok?’ – ANYONE! – who can fulfil this role. But I digress… having been here for three whole days, I am now an expert on how to blend seamlessly into Cypriot life so that you appear to be a native. So, here it is – the LSG’s Guide to Life as a Cypriot: 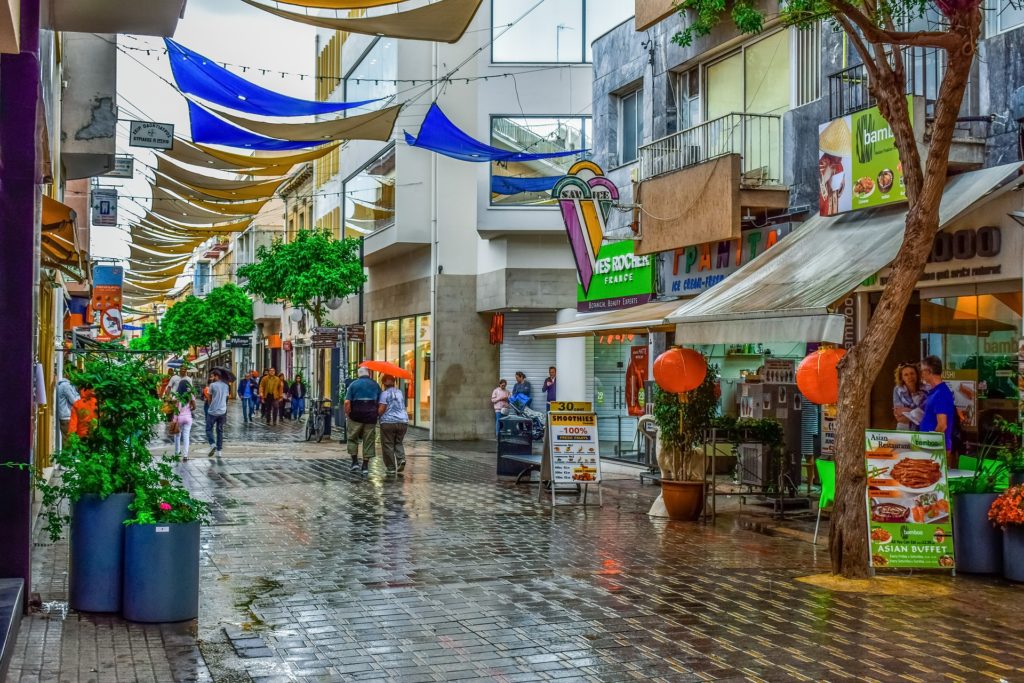 On the first morning, the siblings decide to walk down to the harbour but you decline because you have somehow forgotten to bring a small handbag for the evenings (those who know the LSG well will realise that this is an amazing oversight), so you say you will wander to a nearby shopping centre to see what they have to offer. The fact that the walk to the harbour would take up to an hour and the walk to the shops a mere ten minutes has NOTHING to do with this decision.
Imagine your surprise upon entering the shopping centre to find that the first shop is Marks and Spencer! (Actually, that’s a lie – the first shop was Holland and Barrett, but that isn’t classed as a SHOP as such, because how can one get pleasure out of buying vitamins?) You wander in (to M&S, of course, not H&B) – just out of curiosity, you understand – and ask an assistant if they have any small bags, at which point she looks sad and leads you to the ‘bag area’. She was right to look sad – there was a choice of TWO! In fact, two is not even a choice in my mind. She will try her best to sell you a beige bag, but your eye will have already been caught by a rather fetching lime green one. You can almost hear the assistant thinking, ‘We’ve been trying to sell those damn things all year.’ But the LSG is not one to follow the fashions and trends of ordinary people – oh no, if lime green takes her fancy, that is what she will get. AND a rather nice white t-shirt in the sale also happened to jump into the shopping bag – I will swear ON OATH that the same item wasn’t available in the Derby branch of M&S last week.
The next thing to do in your attempt to become a Greek Cypriot is to get a haircut – by a hairdresser from Bradford, of course. By now, no one will ever think you are anything other than a born-and-bred Cypriot, although you draw the line at joining the siblings in learning how to scuba dive…the LSG would not wish to cause any riots by appearing in public in a wetsuit.
A coach tour of the island is, of course, obligatory – especially one that mentions a visit to a 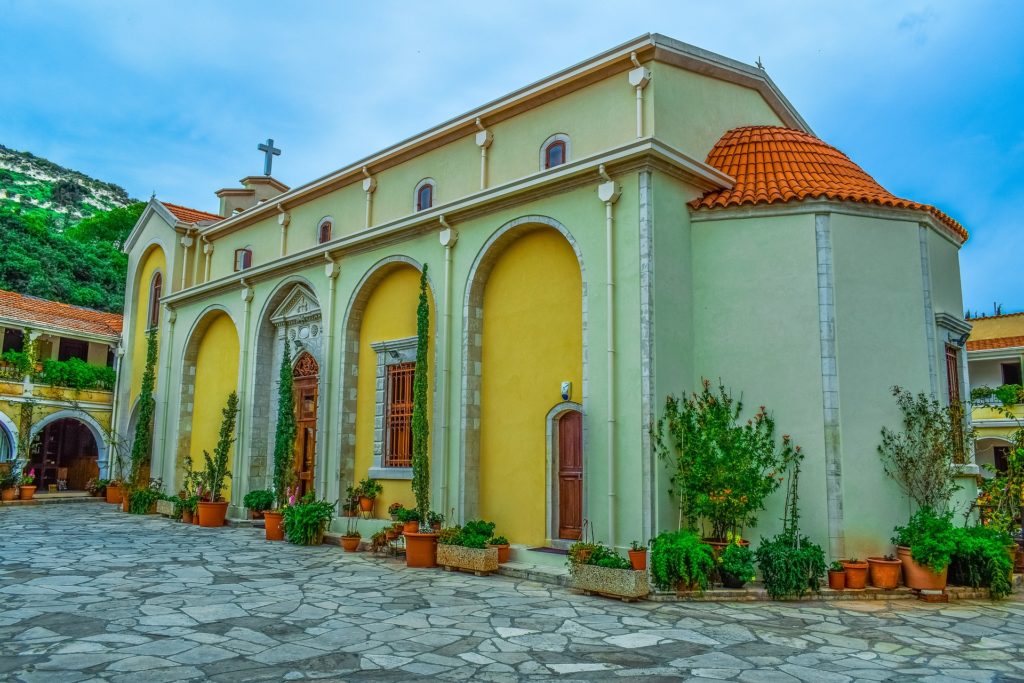 winery. Unfortunately, we booked the wrong one and ended up on the tour that visited the church of the tomb of Saint Lazarus, he who was raised from the dead. I must admit to a little shiver down my spine when we went into the crypt and saw an open sarcophagus. I looked quickly around but could spot no obvious 2,000-year-old person loitering in the shadows looking like he’d just come back from the dead, although there are one or two at the hotel who could give a good impression of him.
We also passed the rock in the sea which is reputedly the birthplace of Aphrodite, the most beautiful woman ever known, although the LSG is giving her a good run for her money.
One good thing came out of the ‘raising the dead’ tour – a rather nice lemon hooded jacket jumped out at me in Larnaca (I like to think that Lazarus played a part here – I see him in lemon), just the thing for the evenings, which are still a little chilly – and a lovely contrast to the lime green bag. All that is needed now to make me look like a bowl of citrus fruit is a pair of orange trousers. There may have been some in Marks…
One final (sort of serious) point – Greek Cypriots are incredibly friendly and chatty, but if you say ‘kalimera/kalispera/efkharisto’ at some point, their faces light up with absolute joy!
The LSG is now fully immersed in Cypriot life and could be taken for a native.
The (Welsh) Brit Pack is here and living the dream! Kalenikta!