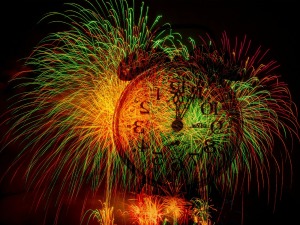 Good evening from the Lifestyle Support Guru! After venturing to the Great Metropolis, I thought some of you from the more geographically distant regions of this ‘sceptred isle’ (i.e. anywhere that’s not London) might benefit from some advice on how to plan a successful visit to the Centre of the Universe (as our politicians seem to think) and return home sane (rather than safe) and sound. I am going to have to proffer this advice in two parts because there is so much of it! So, here goes – An Idiot’s Guide to Visiting London, Part 1:
1. Set your alarm clock for a ridiculously early time (well, by my standards, anyway), then spend an almost sleepless night wondering if the alarm will go off because it’s a long time since you had to use it. This ensures that, when the alarm does go off, you are fast asleep and you awaken in a state of shock because it’s a long time since you last heard your alarm and you wonder if the world is ending – no, it’s just Chris Evans at his usual level of a million decibels. (None of this soothing Classic FM or Radio 4 for me!)
2. Settle yourself on the train next to a sensible-looking couple of a similar age, who look pleased that someone ‘sensible’ is sitting next to them rather than some silly flibbertigibbet who’ll probably spend all her time on her mobile – then really upset them by getting your mobile out and texting everyone you know (who’s not at work) to tell them ‘I’m on the train’, making sure that your phone setting isn’t on ‘silent’, so every tap on a key is audible. What fun!
3. Feel ridiculously proud of yourself for having bought a Travelcard in advance so you don’t 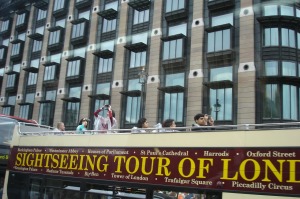 have to look like a silly tourist queuing up at the ticket machines on the Underground.
4. Spend the next half-hour looking like a silly tourist as you study the Underground map and try to work out just exactly how to get to the Tower of London. (This may also bring back painful memories of once saying to a Londoner of your acquaintance that the Paris Metro is ‘much easier’, resulting in you getting a savage telling-off about how Paris is much smaller and full of French people – although there seem to be an awful lot of French people on the Underground on this particular day.) Eventually, you give up and ask an Underground employee the best way to get there, at which point you realise that you don’t really know the English language at all, since you understand nothing of what she says, although it seems to involve going to ‘Basing’ before the realisation hits you that she is telling you to go to ‘Bank’. (I THINK that’s what she said.) ‘Two countries separated by a common language’ – suvverners and those who live anywhere outside London. 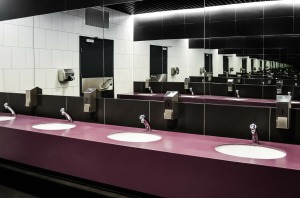 5. Arrive at Monument and decide to walk the rest of the way, mainly because you can’t find the way to Bank/Basing on the Underground map and you’re fed up of looking like a silly tourist. You then decide that you need to find a toilet before you go much further and spot a public toilet across the road, so off you pop, dodging traffic which seems to travel at twice the speed of sound, despite claims that it’s now slower to get across London than when they used horses and carts.
6. Head down the toilet steps and find that you will have to pay FIFTY PENCE for the pleasure of having a wee! Thank goodness, you had the sense to get the train to London from a little-known provincial station, saving yourself almost £70 – you’ll need all the money you’ve got in order to pay for the use of the toilets in London!
And on that point, I shall end this First Lesson. Second Lesson to follow soon.