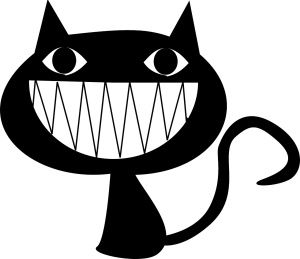 Good evening, adoring acolytes and admirers, from the Lifestyle Support Guru! I hope you have all survived Black Friday – I managed to avoid it by going out for a very enjoyable lunch with a friend. There were no special offers, no crowds fighting over widescreen TVs, no queues, just food, wine and gossip – what could be nicer? Therefore, I thought I would spread my feeling of well-being by sharing a few thoughts on HAVING A LAUGH. Not in the sense of ‘You’re having a laugh, mate!’, but in the ‘HAVE A LAUGH and enjoy yourself’ sense. I have to admit that these LAUGHS come at the expense of another friend, but I know he won’t mind, and will enjoy reading about himself (I’ve already warned him!). I won’t reveal his true identity and will refer to him only as ‘M’ (although he’s unlikely to become the head of the Secret Service organising missions for James Bond – you will learn why!).
To set the scene:
As many of you know, I write quite a lot of quizzes, and M attends many of them. He has a formidable amount of knowledge in that little head of his but sometimes he gets it wrong – in spectacular fashion, as you will see…
Question: In a 2007 musical HORROR film, what alias does Benjamin Barker take on before carrying out a series of MURDERS? (I have deliberately put some crucial words in capitals.)
Now, to put this in context: from an earlier clue, M knew that the murderer’s surname began with ‘T’, but he’d worked out the wrong initial letter for his first name and somehow had come 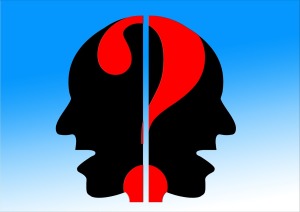 up with ‘O’.
M’s answer: Oliver Twist. Yes, that well-known, evil, mean scourge of the London streets – Oliver Twist! Can’t wait for the musical!
Question: What is the English name for the wine-producing area of Bourgogne in France?
Again, to put this in context: M was in a team with a French teacher but he ignored her suggestion and went his own way.
M’s answer: Bordeaux. Yes, that well-known area of France which is called…Bordeaux in English AND French!
Question: Who was Ebenezer Scrooge’s business partner who came back to haunt him in ‘A Christmas Carol’?
Context again: M was under pressure because he was in a tiebreak against two other people and had to answer quickly.
M’s answer: Bob Marley. Yes, that well-known 19th-century London black businessman, BOB Marley! Ooh yeah, we’re jamming, jamming…
Question (and this is my favourite): Complete the title of the Oasis song: ‘Cigarettes and …’
Context: the sad thing is, I’d given a little clue and said, ‘If you don’t know the song, think logically – this is Oasis we’re talking about.’ 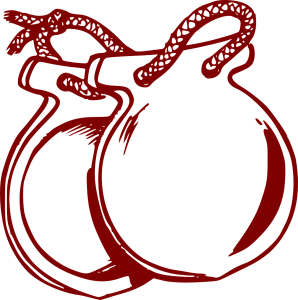 M’s answer: Castanets. I had to pick myself up from the floor at the mental picture of the Gallagher brothers prancing about on stage with castanets! The saddest thing is, he’d written down the correct answer, then crossed it out and replaced it with ‘castanets’! He won a ‘spot prize’ of a bottle of wine for that one because it gave me such a LAUGH last night!
M takes it all in good heart and he will laugh at his mistakes (although we go through a lot of ‘explanations’ for the mistakes before that!).
So, my advice to you tonight? DON’T ENTER QUIZZES – write them, like I do! That way, you can appear very knowledgeable without really being so! That’s why I am a Lifestyle Support Guru! Have a lovely weekend, one and all!
(And the correct answers? Sweeney Todd, Burgundy, Jacob Marley, Alcohol)